Yesterday we moved on to our next stop, Henry’s Fish Restaurant. It was the beginning of our transit of the Georgian Bay. Henry’s is a classic stop on the Small Craft Route of Georgian Bay. It is patronized by folks just wanting lunch or dinner and by boaters wishing to stay overnight. Now the overnight accommodations aren’t much to speak of but many Looper’s stay here just because it is a classic. Henry’s was built on Frying Pan Island about 35 years ago. The restaurant is accessible only by boat or float plane. Henry’s is a federally registered airport for sea planes and is serviced by at least five commercial airlines (float planes only). The place was packed for dinner and it is not a small venue. While we were waiting for table a float plane arrived for dinner.

In the pictures of the restaurant, you will noticed the rock outcroppings. This is what is known as the Canadian Shield, solid rock at the surface. The Georgian Bay is all rock. One of the primary routes across the bay is the Small Craft Route. The water is deep in the marked channel but, in places, is very narrow. The boater who strays outside the channel is at high risk of wrecking. At times we passed by massive rocks just fifty feet away but, meanwhile, we were in fifty feet of water. The Bay is a boater’s paradise with countless islands and bays in which to anchor overnight. It just has to be the best boating in the world. 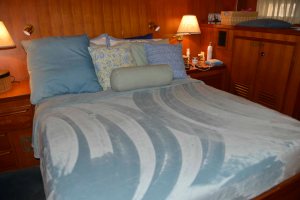 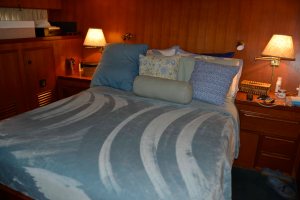 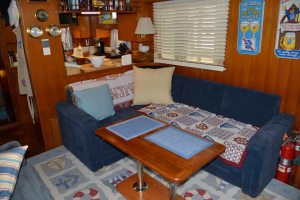 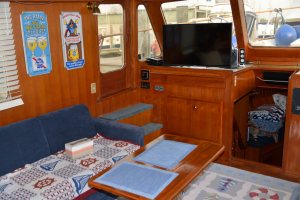 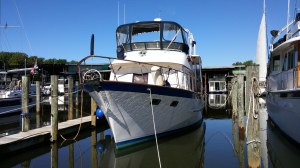 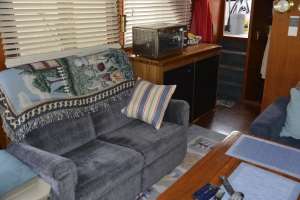